in Residence chosen for at Canyons

of the Ancients National Monument (CANM) in SW CO.

Here's a link to an announcement in the Durango Herald

"art's window on the impact of weather on the human experience"

The initial judges selected 100 works from more than 700 pieces

submitted by nearly 400 artists representing all 50 states and multiple countries. 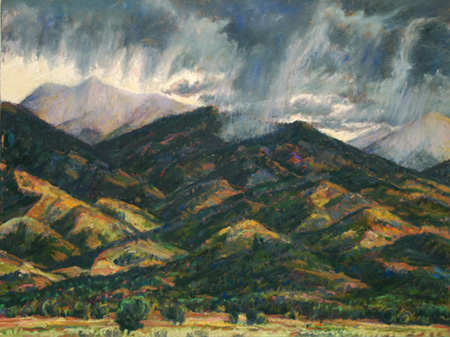 The exhibition was held at the National Weather

Jones Jr. Museum of Art at the University

of Oklahoma, and the Norman Arts Council.

RECENT AWARDS and or Juried Exhibitions 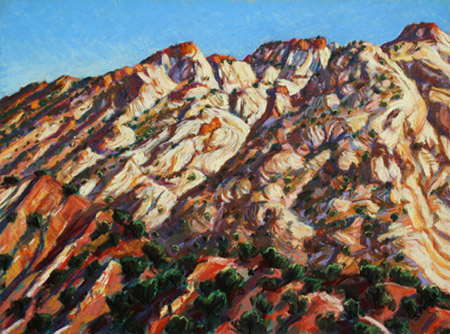 Honorable Mention in April 2008 from Award Judge the late, great Wilson Hurley at MasterWorks of NM 2008